Busy week? Haven’t had the time to keep up with what’s been going on in games, or at Level Up? Don’t fret, our weekly round-up of the latest videogame news is here to make sure you can catch up on everything in just a couple of minutes.

This Week in Videogame News…

Xbox 1 on Xbox One 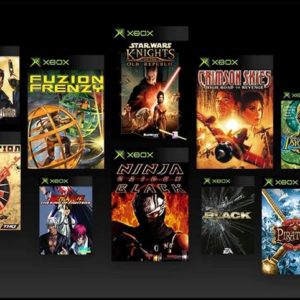 This week saw Microsoft bring back the classics. Thirteen of them to be exact. That’s right, Original Xbox games are now playable on the Xbox One. If you want the full list, we’ve broken it down in a handy list.

The Xbox One X Pop-Up Hotel is Next Week

Microsoft opened ticket registration for a pop-up hotel in Pyrmont, Sydney next weekend. Folks who scored tickets can expect to play the new Xbox One X early for up to an overnight stay. Microsoft says they’ll be giving out some tickets for those who missed out.


We’ve booked a spot and we’ll bring you an exclusive story following the event which sticks around for two days this coming weekend.

Destiny 2 was in the news for a lot of reasons this week, here’s the breakdown: 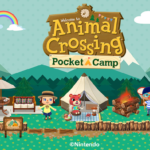 A new Animal Crossing has come out (in Australia)! Following the announcement of a Nintendo Direct earlier in the week, the company has since announced Animal Crossing: Pocket Camp for iOS and Android. The game will hit worldwide mobile devices next month, but if you’re in Australia, the game is out now.

This week was big for game releases. Mario got a new release, a new Assassin’s Creed is out, plus Wolfenstein II. If that’s not enough to tide you over, next week sees the release of Call of Duty: WWII, and a new Bubsy is on its way (had to sneak that in somewhere).

In case you’ve fallen behind the new releases, here’s what you might want to pick up:

Starting as a writer almost ten years ago, Adrian's worked in almost all aspects of the games industry since then: from publicity to publishing to development. He also has a...shall we say, affinity, for a certain bandicoot. DISCLOSURE: Adrian is Studio Head at Reach Game Studios Pty. Ltd. (View our full Editorial Disclosure Policy here.)